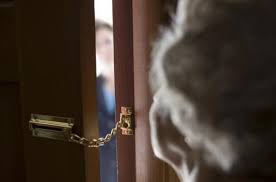 A WARNING has been issued to residents across Glasgow to beware of scammers trying to take advantage of people worried about the rising cost of living.

It comes after a retired teacher was targeted in Paisley who was visited by a cold caller offering free loft inspections. The woman was told that there was toxic mould and damp in her attic and she should install insulation at a cost of £7000.

Worried that the mould was dangerous, she agreed to take out a loan to cover the cost of the insulation. The scammers helped her find and apply for a loan online.

Read more: Thank you Scotland – you did it! Covid memorial hits funds target

Luckily, when she tried to transfer the money, her bank flagged the transaction as a potential scam and contacted the police. Officers were able to have the loan cancelled and ensure the woman would not be contacted

by the rogue traders again.

Her daughter later contacted Home Energy Scotland and had an impartial inspection of the loft carried out – they found that, although there was mould, it wasn’t toxic. They advised that vents costing only £200 could solve the problem and even if the woman had needed extra insulation, it should only have cost between £2000-£4000.